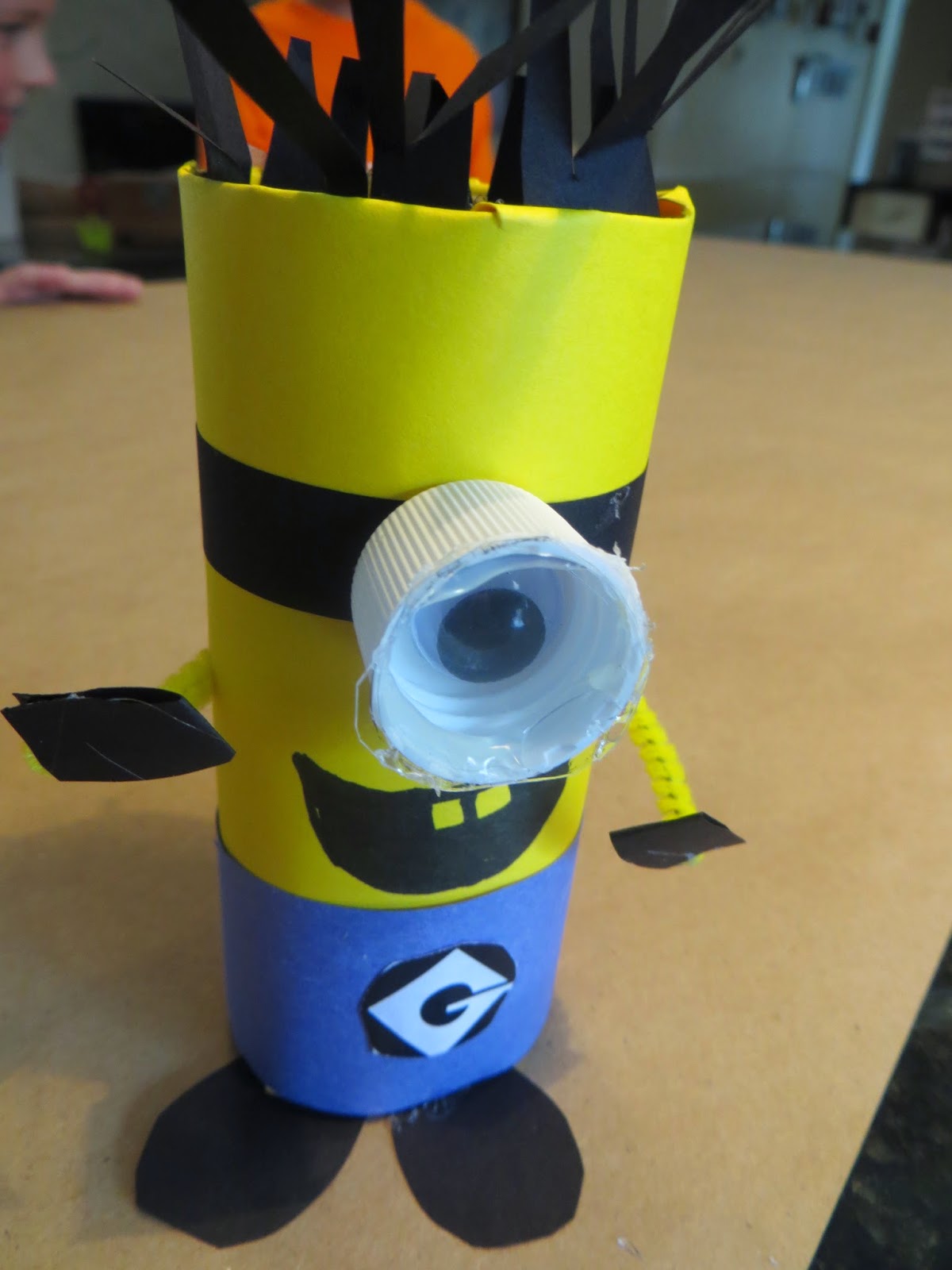 My five year old grandson had a friend over this weekend for a play date. Both boys are obsessed with Minions, so I planned a special Minion craft using discarded toilet paper rolls.

As we folded, tucked, glued and cut, I soon realized this would make a great soap.

Ideas raced around in my head and when I mentioned it to my grandson and his friend, they shouted, "That would be cool!"

It's on the to-do list for Sophie soap chick and I'll let you know the final results.

Mold Market will release a Mini-Man soap mold in April 2014 along with seven other designs. Stay posted for updates. 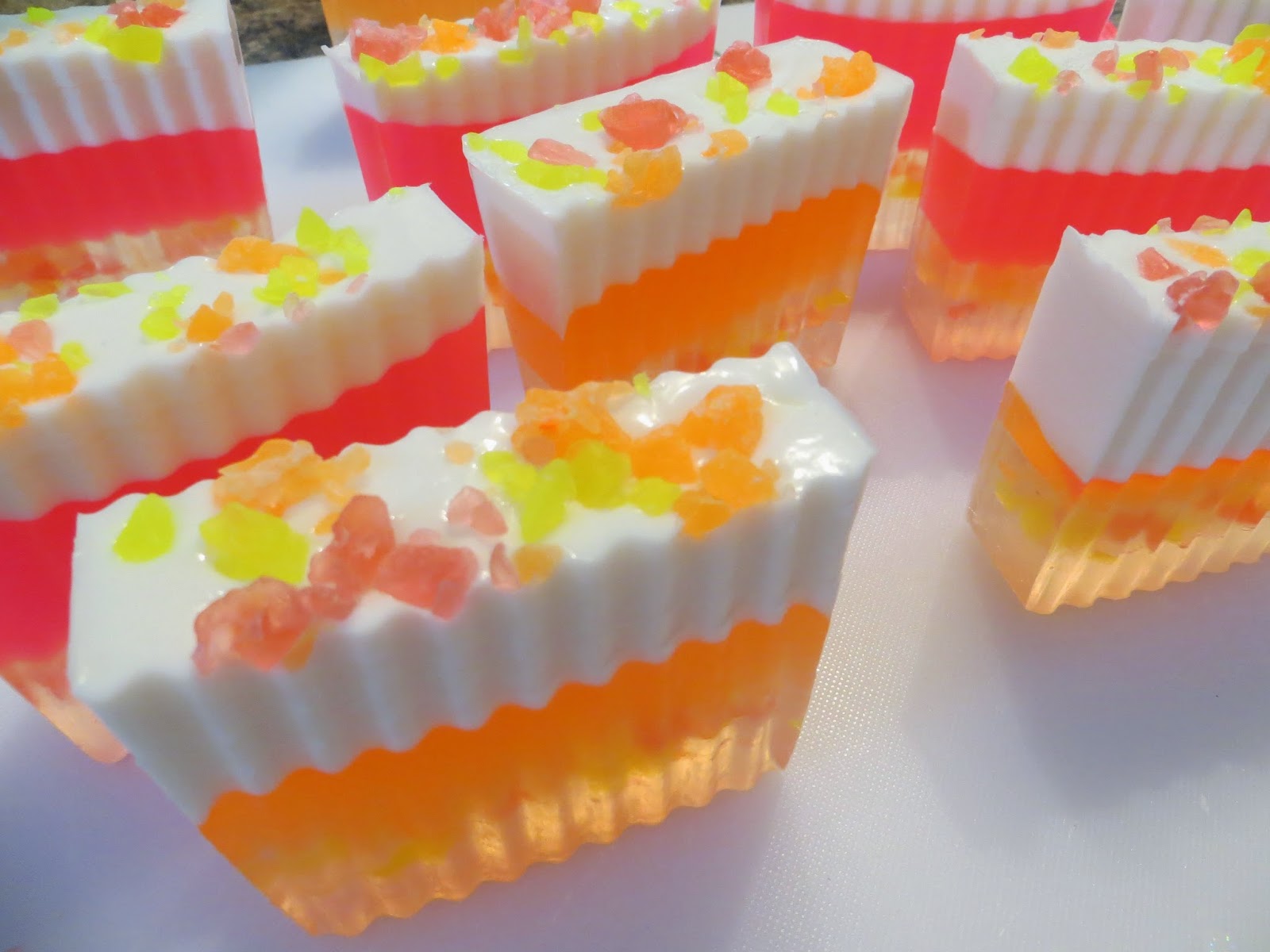 It's been a while since I've been in the soaping room. It felt good to get my hands dirty, or is that clean, again. My assistant, Jenni, wanted to learn more about the process of melt and pour soap making. I love when workers show an interest in learning the techniques we promote on our web site.

This loaf soap was made with Mold Market's Square Loaf mold. Both white and clear soap was used in the training process of pouring in layers. Jenni choose a mango scent to complement the tropical colors of orange, red and yellow. 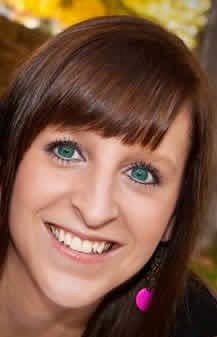 
I must say Jenni's first attempt at a semi-advanced soap making project was a success. She is excited about moving on to more advanced projects. 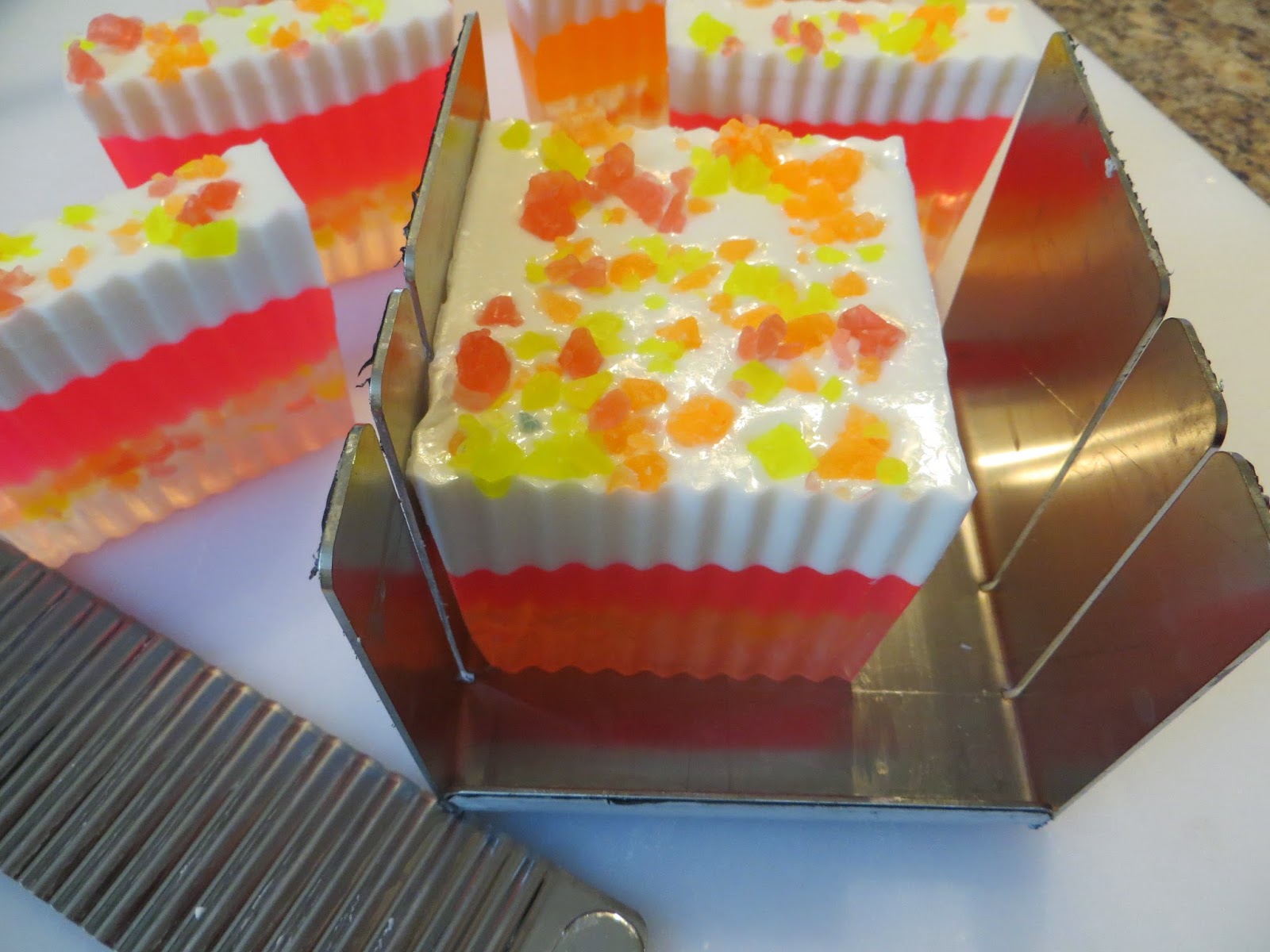