For the last few years, I have tried to eat healthier and maintain my weight loss (24 pounds); but my struggle with high cholesterol is ongoing. At my last follow-up appointment with my MD, we set some exercise goals. I won't try and fool you, it's not going to be easy to start an exercise routine, but I'm going to give it my best shot.

Some of you may remember my published story in the Chicken Soup book about my weight loss.
Say Hello to a Better Body

Since that publication, I have been working to maintain my weight loss and live healthier. My Blimpy Girl web site offers great recipes for those wishing to modify their eating habits. It's not a diet plan, it's an eating lifestyle. A lifestyle where moderation rules.

Here are three of my favorite recipes from the Blimpy Girl web site: 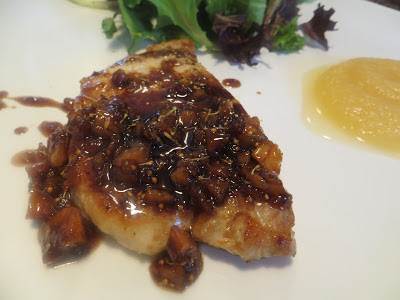 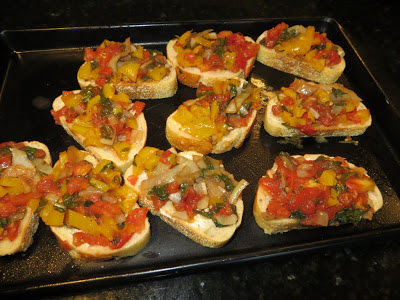 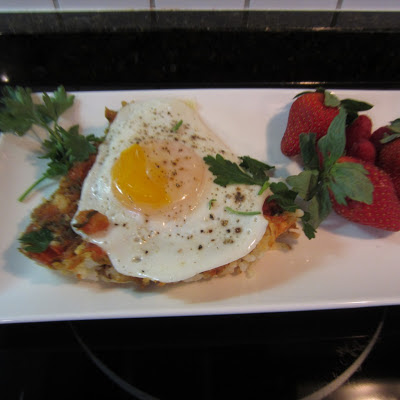 Hope you take a moment to visit the Blimpy Girl website. There are plenty of great recipes for you to try.﻿
1 comment: 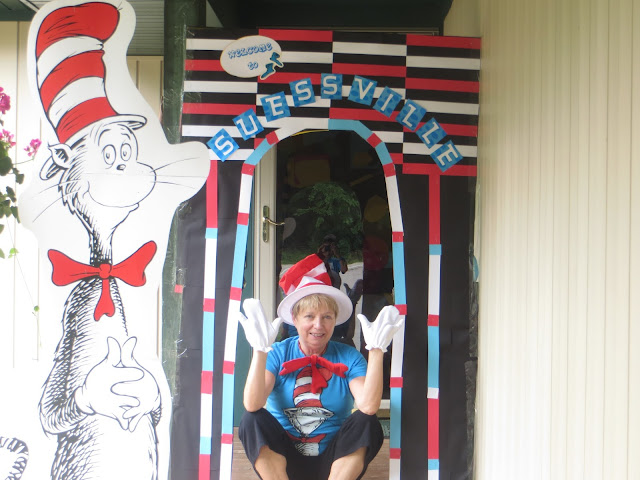 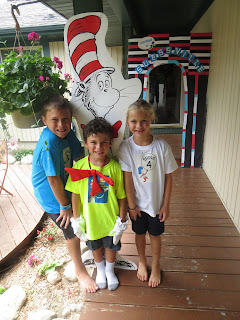 Yes, that would be me, the owner of GoPlanetEarth getting ready to great guests at my grandson's birthday party. He turned five and all he could talk about was his Cat in the Hat party. It was a huge success and all twelve guests had a great time collecting tickets to cash in at the candy bar and prize tables.

The birthday boy, Fischer, is pictured (center) along with his brother and sister.

There were truffula trees, a photo station, candy bar, games, coloring, lunch and most important, gifts! Fischer was the perfect host greeting his guests as they arrived to Seussville.


(And, yes, I know I spelled Seussville wrong on the entry sign.) Thankfully, none of the kids noticed and most can't read yet.

The coloring pages entertained the guests while waiting for everyone to arrive.
Games included a blindfold/seek duck pond, spin the Seuss wheel and a ring toss. Each game gave the kids an opportunity to win tickets to cash in at the candy bar and prize table. 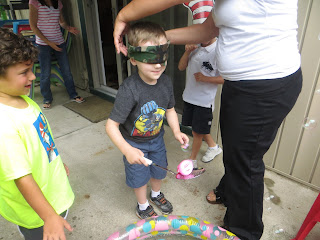 The party was originally planned outdoors but the weather was somewhat "iffy"; I opted for plan B, an indoor celebration.
The thank you cards were handed out at the end of the party. Each guest received a photo card from the photo shoot.
﻿

Cashing in tickets was the best part. It was so hard to decide on what to pick. The kids drew numbers to determine the line order. Of course, the birthday boy went first. 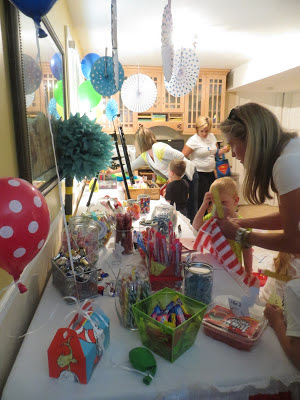 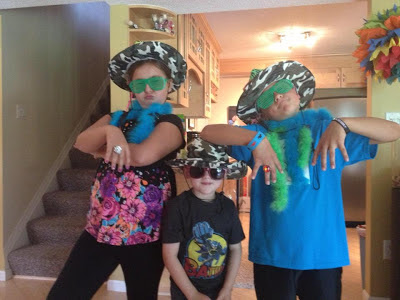 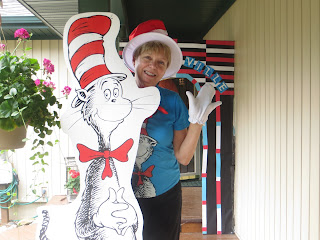 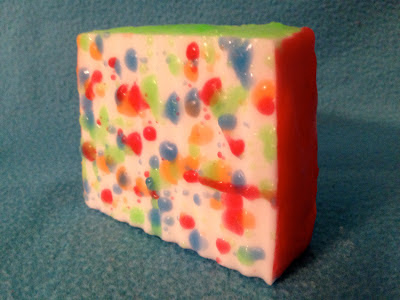 Check out Sophie Soap Chick's splatter soap slices. I'm quoting Sophie, "So many different color options and I had a blast!" 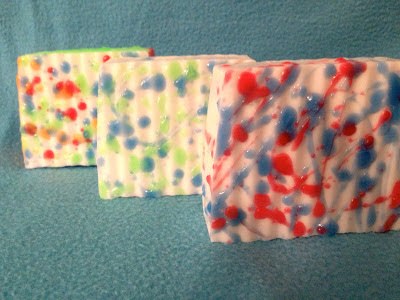 This is a really easy soap to do with kids on a rainy day or at a children's birthday party. I personally think it is less mess than finger painting. Roll out a big sheet of Kraft paper onto a table and let the kids do their magic. 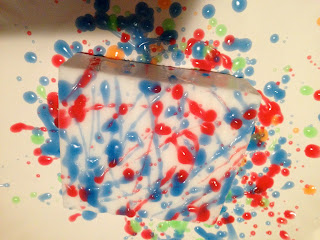 Make a soap loaf using Mold Market's square loaf mold and white melt and pour soap base. Fill the loaf mold to the very top (about 2- 2 1/2 pounds of soap base. Once the soap is set up, remove from mold and slice with our miter box and wavy soap cutter.

Set the soap slices to the side while you prepare the different colors of soap for splattering. Use a straw or plastic spoon, flick the colors onto the soap slices. Flip the soap over and do the same to the other side. 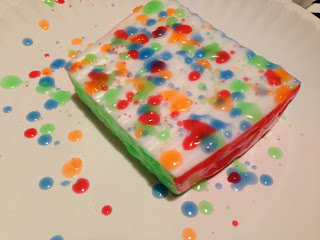 You can also spread the colors onto the sides of the soap slices to add more color.

Clear soap base was used for all of the splatter colors. Here is a list of the colorants Sophie used:
You will find all of the above colors here.